March is often one of the busiest months of the season for the Oregon Symphony (aside from the run up to the Christmas holiday). This month would have brought three Classical series concerts, with some really great repertoire, the return of a favorite guest conductor, and a look at an interesting the- music director candidate (now moot with the hire of the excellent David Danzmayr).

R. Strauss – Don Juan
Andres – The Blind Bannister
Mazzoli – These Worlds in Us
Schumann – Symphony No. 4

Lots to unpack in these concerts. Last for first, Classical 12: James Gaffigan has always been a favorite conductor of mine – I’ve always enjoyed his visits, infrequent though they may have been. He was to have brought composer/pianist Timo Andres with him for the Oregon premiere of his 2015 concerto for piano and chamber orchestra The Blind Bannister. The composer writes some excellent notes about this piece on his website. Missy Mazzoli’s 2006 ode to her father These Worlds in Us is thankfully reprogrammed for next season’s Classical series concerts of Jan 8-10, 2022 with conductor Jun Märkl. Schumann’s Fourth Symphony just isn’t played enough, I actually cannot remember the last time I played it (someone remind me!). And Don Juan is always fun to play when you’re not learning it for an audition!

Classical 11: Conductor Joana Malwitz had some excellent buzz from people who had seen her conduct, and I’m hoping that she’ll get a chance to be re-engaged in subsequent seasons. There are some truly excellent female conductors out there, and they really need to be seen here in Oregon. We had excellent concerts with Eun Sun Kim before our season was canceled this year, and she is returning next season, so there is hope! Anyway, a pretty standard ‘overture-concerto-symphony’ concert was planned for Malwitz’s week, and it would’ve been interesting to have a rare shot at Dvorak’s sole Piano Concerto (it seems to be having a renaissance like his Violin Concerto has done in the past decade), and the intriguing opener by Serbian composer Marko Nikodijevic explores the world of the drug-hazed rave culture. I’m not sure I would have been looking forward to the Schubert ‘Great’ as it’s so tiring to perform (even if it is truly a sublime masterwork).

Classical 10: This concert just squeaks into March, as the last of the three of the series would have taken place on March 1, 2021. Really interesting concert program, conducted by Carlos Kalmar. An opener by Panufnik – a composer I’ve heard a lot about, but that I haven’t actually played much, if at all. This is his centennial year, so it makes sense to have a work on the calendar. It’s another of a series of pieces that Carlos has picked that commemorate tragedy. It echoes the Martinu work Memorial to Lidice in that it commemorates the horror of mass slaughter in a time of war. Mendelssohn’s 3rd Symphony is always a joy to play, not the least because it has wonderful viola parts! And the world premiere of a new work for vocalist and orchestra by Gabriel Kahane on the heels of his triumphant success emergency shelter intake form would have been great to experience – this will be reprogrammed for a future season, with his new piano concerto for his father being presented next season.

So, many works and conductors that I would have loved to have worked with and performed – hopefully these are not lost to time, but simply put off for a later date! 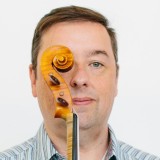